In our previous “5 Things to Know Before You Go” series, we shared tips about how fellows can prepare for living in each of Year On’s Explore locations. Fully immersing yourself in a foreign culture, however, involves much more than packing the right things or trying new food. In this series, “Traveling Deeper,” we share advice from Year On staff about how fellows can truly make the most out of their time abroad.

Travel writing naturally tends to focus on places — we plot our journeys on maps and measure our progress in miles flown and oceans crossed. But the destination itself plays only a small part in most experiences abroad. In the end, what’s far more meaningful is the new people you meet and the life-changing memories you make with them.

Things like that are easy to say, but it often feels much more difficult to actually meet the locals after arriving in another country, especially if you have to overcome language and cultural barriers in the process. Don’t worry though! If you put yourself out there, you’ll find that most people are friendlier than you might expect, and there are plenty of small things you can do to connect.

First of all, look for people you already have some sort of contact with and try to deepen your connection from there. As a Year On fellow, you’re volunteer position provides you with a great starting point for engagement. If you’re teaching a class, stay after to play with the kids some more. If you’re volunteering alongside local staff members, take the time to ask them about their families or help them with their work. Building a relationship with someone you already see everyday is definitely much easier than approaching strangers; don’t hesitate to take advantage of the convenience.

But even with people you see often, one of the toughest obstacles to building cross-cultural relationships is language. One of the best things you can do when going to a new place, therefore, is to learn to talk like the locals. You don’t have to become fluent (though it would certainly be great if you did). Just knowing a few simple phrases like “hello,” “how are you,” and “thank you” can show your new neighbors that you respect them enough to at least try to communicate in their native tongue. “If you can pick up on some of the local language, even if you say it wrong, people will appreciate that you tried,” Oby, the Year On Community Coordinator in Bali, said. “They’d talk to you anyways, but speaking Indonesian will make them more interested because it’s not that often that a foreigner would visit and care enough to learn the language.”

Matteo and Kahlia, the Year On Community Coordinators who work in Mexico and Peru, especially encouraged their fellows to learn Spanish. Compared to Indonesian, Swahili, and Hindi, Spanish is very similar to English, and fellows are more likely to have studied it in high school. “Mérida residents really appreciate you speaking Spanish,” Matteo said. “That’s the way you get to form solid relationships with the people here.” And, for fellows hoping to use the language back in the States, practicing Spanish in Mérida or Huanchaco is a great way to not just meet local people but also expand your skill set.

But, while language is undoubtedly important, building a positive relationship doesn’t always require speaking. “You can find different ways to communicate, even with the people you can’t talk to,” Oby said. “Things like friendly body language, smiling, or waving are definitely universal.” One of Oby’s favorite memories from Bali, for example, was celebrating Diwali (the Hindu festival of lights) with students from the school where Year On fellows were volunteering. Playing with the kids and following rituals associated with the holiday didn’t require extensive Indonesian language skills, but they were still a valuable way for people from two different cultures to learn more about each other. Such nonverbal gestures might seem simple, but they can create moments of joy and connection that make travelling worthwhile.

Ultimately, whether you’re approaching someone you see everyday or hardly ever and whether you know the language or not, what matters is having the courage to initiate interaction. Remember that more likely than not the other person is just as friendly and curious as you are (and, even if things do go worse than you’d hoped, you’ll soon return to your home thousands of miles away, so the stakes are pretty low). As Oby said, just don’t be afraid to put yourself out there and say hello! 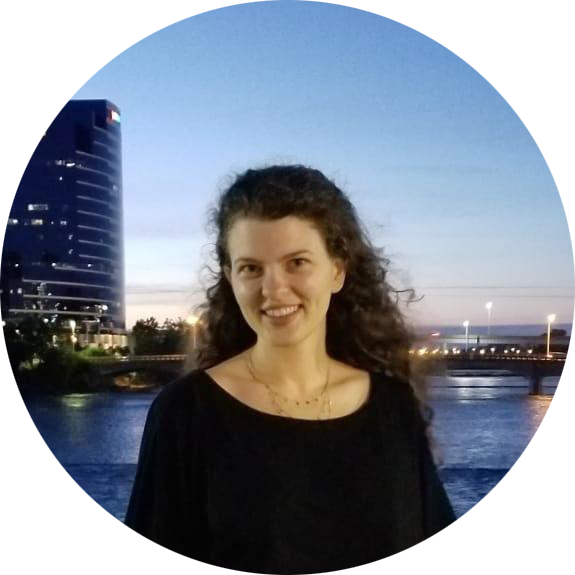